Cancer & me 35 years on - Hong Kong and Back to reality 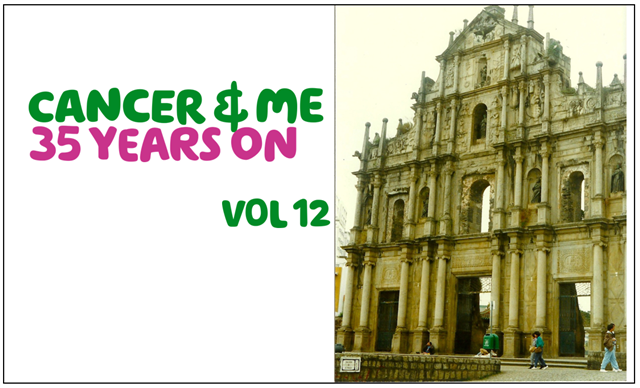 Photo of the ruins of St. Paul's in Macau, China taken by Willo.

So far Willo has covered her experience of moving back to England for treatment, her  Abdominoperineal Resection, going back to art school post-surgery and the amazing friends and family that helped her through. In today’s blog we are back with Willo today to hear about her experience of traveling to Hong Kong in 1990 during a difficult time for her health.

“After the aborted cone biopsy at my local hospital in May 1989, I started experiencing a heavy ache in my lower abdomen and I reported this to my doctor at one of my regular check-ups at Christies. Over the phone he discussed my case with the professor of gynaecology at St Mary’s Hospital, Manchester, but he didn’t want to take my case because of medical ethics – and especially as he knew the consultant who had attempted to do the earlier cone biopsy at my local hospital, so it was just left that I continued with the regular smears there. 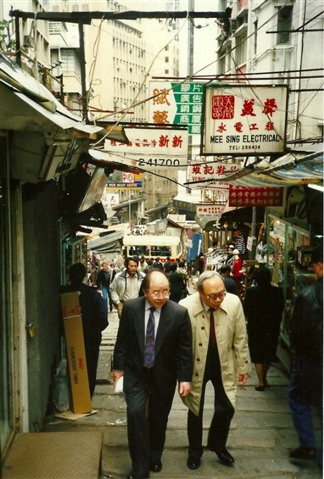 That year my elder son made 19 job applications. As is so often the case hardly anyone replied, but one application was successful – and that took him off to join the Hong Kong Police and he bought me an airline ticket to go and visit him for his passing out parade early the following year.

1990 and off to Hong Kong I went – and my friend Dorothea came too! It was a 12-hour flight and my son met us at the airport. He announced he was playing rugby that afternoon and we were to go and watch him! It was winter and we sat on the cold concrete steps trying to keep our eyes open. It seemed like a very long game! That evening there was a fancy-dress party and “would we like to go?” Dot and I are both party animals, but we resisted the temptation in favour of what we hoped would be two nice warm beds. Alas there was no central heating, so the room was far from warm and I had to irrigate in a freezing cold bathroom!

“Alas there was no central heating, so the room was far from warm and I had to irrigate in a freezing cold bathroom!”

What an extraordinary time we had – walking around Hong Kong and taking buses, trams, trains and ferries, visiting all the tourist spots. We climbed up every flight of steps (or so it seemed – and they are everywhere), saw most of the temples, visited friends near the mainland border, went to Macau – and Dorothea shopped at every market!

“What an extraordinary time we had – walking around Hong Kong and taking buses, trams, trains and ferries, visiting all the tourist spots.”

I was exhausted! That ache in my abdomen had been getting worse and whilst on holiday I became stress incontinent. Alarm bells were ringing but I said little.

“That ache in my abdomen had been getting worse and whilst on holiday I became stress incontinent. Alarm bells were ringing but I said little.” 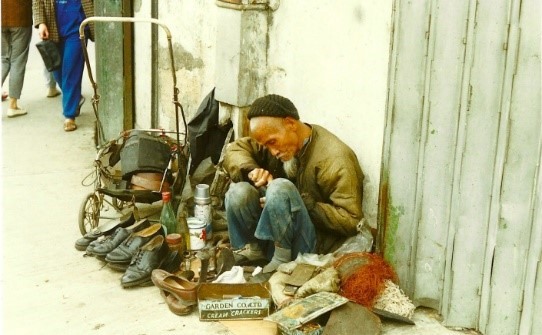 In April I had a check-up and smear as usual at my local hospital and reported the latest developments to the doctor. He said he would discuss the situation with my consultant and he may want to see me himself. It might be that the uterus was pressing on the bladder and I might need a hysterectomy, in which case I would be placed on the waiting list and it could be six months before admission.

Just a few days later during another check-up at Christies, I told Mr S. the story and he was not happy that I might have to wait so long if a hysterectomy proved necessary (he actually said he wished he had done that procedure at the same time as the AP resection). He phoned the professor of gynaecology at St Mary’s (the same person Dr J had spoken to) and arranged for me to see him the following day.

“After taking a deep breath and gathering myself together I said it might seem a possibility, but I most definitely was not imagining it”

The professor was probably in his 60s, extraordinarily attractive and very likeable! He studied the notes from Christies and asked me about my symptoms. He paused awhile and then said, “After all you have been through, my dear, is it not possible this is all in the mind?” For a moment I was speechless, but after taking a deep breath and gathering myself together I 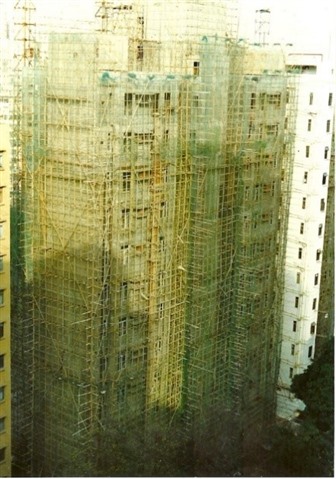 said it might seem a possibility, but I most definitely was not imagining it! He examined me and did a cervical smear. He thought the incontinence was perhaps due to bladder problems and not the uterus, so he arranged for me to attend the Uro-dynamic Clinic the next day.

I had a cystoscopy and yet another undignified procedure that turned out to be – my bladder filled with water and then I was told to cough and jump up and down to see what happened. Yes, I was suffering from stress incontinence! The report would go to the professor and he would act accordingly.

“Suddenly I was moved to a private room around the corner – with en-suite facilities. I never thought there would be advantages to having a colostomy!”

I was admitted to St Mary’s at the end of June for my bladder repair and to have the cyst removed. Irrigation is always a problem in communal loos, but in St Mary’s it was awful. They only had a few toilets situated internally along one side of the ward, with little ventilation and the doors opening right onto the ward. Not only a problem for me, but also for the other patients who might have to wait an hour and a half for me to vacate a loo – and then not the most pleasant atmosphere to enter! Suddenly I was moved to a private room around the corner – with en-suite facilities. I never thought there would be advantages to having a colostomy!"

We want to thank Willo for sharing her experiences as well as her wonderful photographs of Hong Kong with us here today. If you want to read more from Willo, why not take a look through the rest of the series so far:

Willo has covered a number of important topics in her blog today, including discussing irrigating her colostomy.

It’s important to raise awareness for issues faced by those living with a colostomy, ileostomy or stoma, not just so that those affected have the support they deserve, but so that everyone has more awareness and understanding of these important issues. Having awareness for what others are going through can help us be a more supportive friend, neighbour or family member.

If you want to find out more about irrigation, the charity Colostomy UK has a really good information booklet you can read online by clicking here.  Here on the Community we also have a dedicated ‘Ileostomy, colostomy and stoma support’ group where you access peer support 24/7.