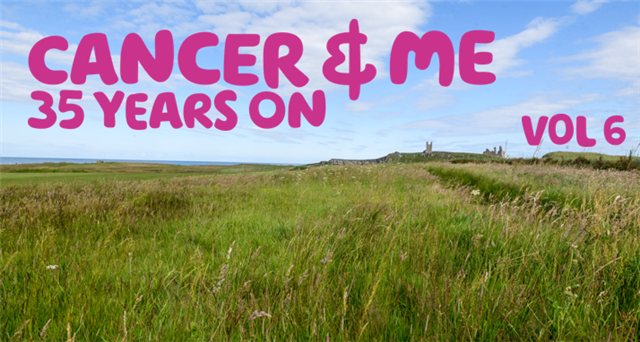 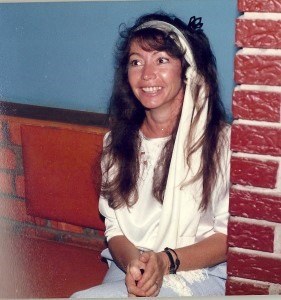 I returned to Zambia, still working furiously (as I said previously, being faced with your own mortality really spurs you on) and everything was going smoothly until 18 months later when during a regular check-up my doctor (George again) felt something higher in the rectum. I could feel him flicking his finger against them; enlarged lymph glands.

I had been planning a long trip to the UK to be there for various special events including my elder son’s graduation. It would mean staying in the UK for about nine months and through sales of my artwork (mainly flower studies and child portraits on commission – whatever I could do to pay my debt) I had repaid the money for my previous airfare and made enough for the forthcoming one.

To placate my husband for being away for so long I said I would also get him a ticket to fly over to see me at Christmas. So this time I was prepared and packed half a suitcase of clothes, the other half of painting materials and off I went.

'This time I was prepared and packed half a suitcase of clothes, the other half of painting materials and off I went'

Upon arrival in the UK I phoned Sister Kay on Ward 1 at Christie’s, explained the situation and asked what procedure I should follow. She said she was leaving to become a tutor, but she would make arrangements for me to attend a Mr S/ Dr J's clinic. 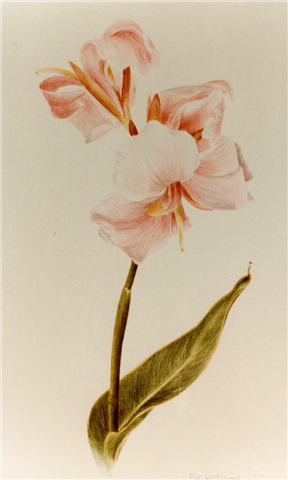 In due course I received an appointment and after an examination, they arranged for me to have a biopsy under anaesthetic. Good news – the results were negative, but Mr S, the surgeon, wasn’t convinced, saying the pathologist uses a needle on the specimen and it might just have missed the offending tissue.

'They arranged for me to have a biopsy under anaesthetic. Good news - the results where negative.'

He organized a CT scan and from that was able to see the enlarged lymph glands in the rectum, which he felt must surely be tumours, so a colostomy would be necessary after all – and he asked what were my commitments over the next few weeks? The most important was my son’s graduation on the 7th November.

Mr S. said I wouldn’t be fit enough to attend if I had the operation then and there, so if I was adamant about going to the graduation then he was insisting that I be admitted to the ward on the 8th in preparation for the surgery on the 9th. Still I thought about the negative histology report and feared there might be a terrible mistake – a colostomy if the tumours weren’t malignant? Mr S was sympathetic to my concerns and promised to have a pathologist in theatre and would have each lump tested as it was removed before going ahead with the abdominoperineal resection.

'A friend drove my family and me down to Nottingham for the graduation and directly afterwards we said goodbye to my elder son. He wanted to remain there to celebrate'

A friend drove my family and me down to Nottingham for the graduation and directly afterwards we said goodbye to my elder son. He wanted to remain there to celebrate, so the rest of us travelled back to Manchester where I was dropped off at Pete and Dorothea’s, in preparation for my admittance to hospital the next morning. (In my lifetime I have made such wonderful friends. As a young girl I wouldn’t have thought this possible as I suffered some terrible bullying right from my first week at school).

'In my lifetime I have made such wonderful friends' 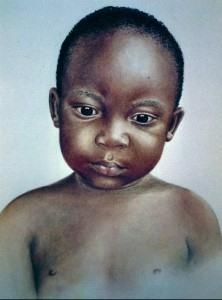 Before the surgery I had to have the usual bowel preparation and out came the Picolax. I was horrified, as I knew that after taking the two sachets I would be in no fit condition to have the surgery. I told the sister about my previous experience and she listened carefully, saying she would examine my bowel movements after the first sachet and give her judgment then. A few hours later I was passing nothing but liquid and the sister agreed that the second sachet wouldn’t be required. Joy of joys!

Two stoma nurses came to visit me (“stoma” - an opening in the body – “colostomy” relating to the colon, “ileostomy” relating to the ileum and “urostomy” when relating to the urinary system and so on). They were very kind, explained the procedure and showed me the equipment. They assured me Mr S was a brilliant surgeon, one of the best in his field. There would me two teams, one forming the colostomy and one excising the rectum. It would be about a five-hour operation. I would be on a drip, have tubes everywhere, a catheter and possibly needing blood. I would be given pain-killing injections. Not to worry about any of it as it was normal. Doctors and nurses explained things over and over again and asked me to tell them my understanding of it. It was time for the op. I was still hoping the tumours wouldn’t be malignant and I trusted Mr S not to do the colostomy if it wasn’t necessary. It was just a straw, but I sure was clutching at it!

'It would be about a five-hour operation'

I woke in the recovery room and there was a nurse at each side of the trolley, the cot sides were up and they were leaning on them, talking to each other over me, not looking at me. The pain was excruciating and I was so cold. I couldn’t move. Panic! Was I paralysed? I desperately tried to attract their attention. I couldn’t make a sound or move a muscle except for my eyes. I flicked them from side to side. “Please help me, I’m freezing to death”, but they didn’t look at me and no sound came from my mouth. Eventually they glanced down and I tried so hard to speak. By then the shivering had started and I knew I was in shock. They brought more blankets. My teeth were beginning to chatter and I could just mumble, “the pain – I’m freezing”, shivering uncontrollably. They brought me what I think they called an Arctic blanket, which looks like tough tinfoil, but I just couldn’t warm up so they decided to take me back to my little room on the ward, as it would be much warmer there. Transferring to the bed from the trolley increased the pain, but they gave me a shot of something, the pain dulled a little and soon I started to warm up and I think I dozed off.

'They bought me what I think they call an Arctic blanket, which looks like tough tinfoil' 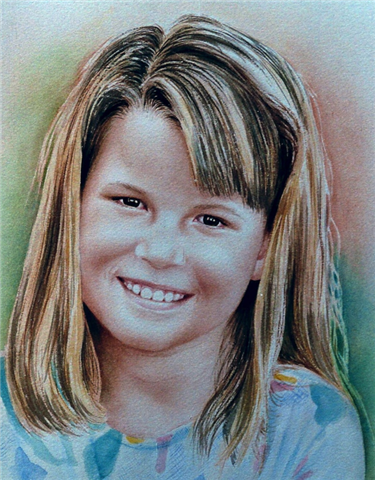 Every movement hurt when I awoke, so I tried to stay as still as possible. My throat was sore and I felt sick from the anaesthetic. As previously explained to me there were tubes up my nose and down my throat and a suction tube to aspirate the fluid from my chest. I kept retching and oh how it hurt! Before going off duty that night, the sister (Liz) came to see me. She was a zany little slip of a girl, her long hair coiled up in a French pleat. She slipped out the hairgrips and her auburn tresses cascaded onto my pillow as she lay down beside me.

'Her auburn tresses cascaded onto my pillow as she lay down beside me.'

“Do you know what they’ve done?” she asked softly. I shook my head. ‘They had to take everything away, an A/P resection.” My eyes filled with tears and I nodded, I thought so, as the pain was so intense. She kissed me on the cheek, asked if I was okay and explained about all the drains and the aspiration tube and said the stoma nurses would be coming to see me soon. It was just two years since the cancer manifested itself and now I’d had the dreaded colostomy. Well, I’d just have to get on with it. I made the difficult, but somewhat inevitable decision to leave Zambia and my husband.