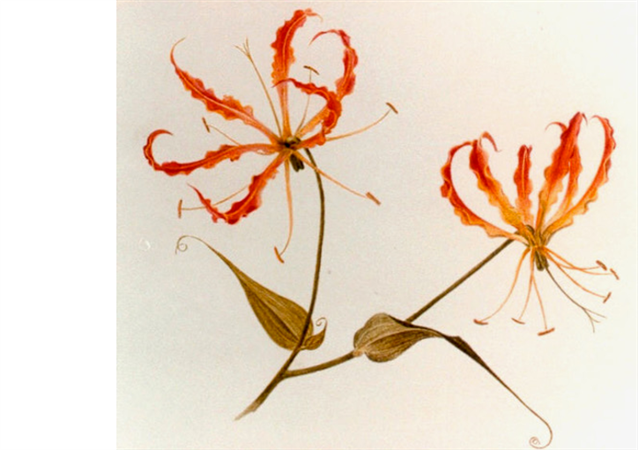 Here is Willo to tell us more about today’s piece: 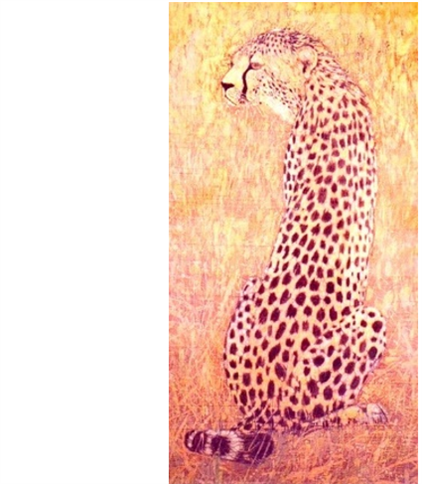 Having just been given the bad news, my husband and I left the hospital and drove around to my friend’s house to tell her in person. As I didn’t want any blubbing I thought the best thing would be to make light of it and spit it out as quickly as possible. ‘Hi Joan, just seen George, put the kettle on, get the brandy out, I’ve got cancer and need a drink!’ Without having time to think about it Joan went over to automatic pilot!

As mentioned in vol 1, I didn’t even have enough money for a flight home from Zambia to the UK, so somehow or other I would have to raise the money. By coincidence my ex was flying to the UK via Zimbabwe and I was able to get a message to him, asking if he would prepare my folks in advance and tell our sons of my diagnosis if he was to arrive before me.

Joan had phoned our friends with the news and my husband had gone out to see what he could organise in the way of getting together enough money for my flight.

"During the course of the day, I got a steady stream of visitors and phone calls."

During the course of the day I had a steady stream of visitors and phone calls, but the only one I really remember was a call from my friend Jill and her daughter, Julie. Not a lot was said – they just howled!

Within hours another friend had lent me the fare, the ticket was bought and two days later I was off on my own from Ndola airport. The same friend had arranged for her sister to collect me from Lusaka airport and take me back to her place for lunch, as there was a long wait before the flight to Frankfurt where I would make my connection to the UK.

"Whilst I was there, she received a call saying the Zambian freemasons has taken an interest in my situation."

Whilst I was there she received a call from her sister, saying the Zambian Freemasons had taken an interest in my situation and if I was unable to obtain speedy treatment at a hospital local to my parents in the UK, I was to contact a certain person and he would arrange for me to be treated at the Royal Masonic Hospital in London.

I knew very little about the Freemasons and had previously enjoyed a laugh at their purported funny handshakes and secret society in general. I had helped the wives when they had to do catering for their men at various events and once even made a celebration cake for a friend’s husband who was to be inaugurated as Worshipful Master (or whatever). What I hadn’t realised was the amount of good works they did secretly – and it seemed I was classed as a “worthy cause”! As it turned out I had no need to take up their kind offer, but I was very grateful to them and it made me very much more aware of their good deeds.

"For all I know it might be the last time I would see them, so I had to make the effort."

On the flight to Frankfurt I recalled the previous evening when I had arranged to meet all my friends at the Pony Club. For all I knew it might be the last time I would see them, so I had to make the effort, though really I should have been preparing for my trip.

A piano had appeared from nowhere and to this day I have no idea if it was there due to some function the previous weekend or if my friends had arranged for it to be there just for me, as it was well known that in the true Irish fashion of my paternal ancestors, I love a good sing-song.

"It was well known that in the true Irish fashion of my parental ancestors, I love a good sing along."

It was a bit of a joke, as I have a terrible voice, but under the influence of a couple of drinks that does not deter me, in fact I would often be instrumental in initiating a musical evening – or perhaps not so musical evening! 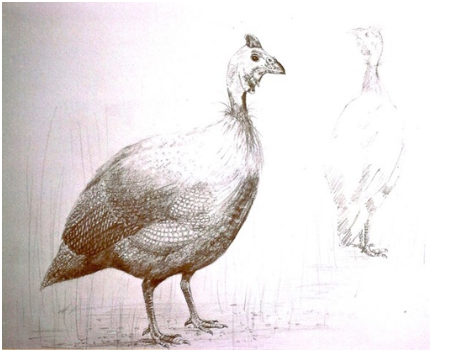 Guinea Down (drawing) by Willo

The evening dragged on with my friend Mike at the piano, playing all my favourite tunes. Many of my friends were in tears, but I was bearing up quite well until Mike played You Are My Sunshine. When he got to the “please don’t take my sunshine away” I became somewhat emotional, but did my best to fight back the tears. Looking around at all my friends I felt blessed, but wondered when they would be going home as I was leaving early next morning and had lots of stuff to be doing!

"When he got to the 'please don't take my sunshine away', I became somewhat emotional... looking around at all my friends, I felt blessed."

Obviously, I didn’t want to leave before them, as they had made so much effort and I was hanging on to every precious moment. It took me some while to realise they were staying with me as long as I remained there. Eventually, the penny dropped and we all left together!

Several of them had given me cards to open on the aircraft and firm instructions not to open them beforehand. When I did so on the flight, I found them to be stuffed with cheques with a value of over £650! Good friends indeed!

We want to thank Willo for kindly sharing her writing and beautiful artwork with us. You can find the next volume of this series here in our Community news blog.