Today marks international women’s day, a day where we celebrate the social, economic, cultural and political achievements of women. It is also a day to highlight women’s issues and rally for gender equality. Here at Macmillan we are dedicated to supporting anyone who has been affected by cancer and champion for better cancer support for all. Hearing and listening to the experiences of everyone is vital in doing this.

After reading today’s blog, in which Willo talks about finding confidence in herself as a woman and an artist after her Abdominoperineal Resection, I had some questions for Willo which she has kindly answered below. I hope you will join me in celebrating Willo’s achievements as an artist, as well as taking the time to hear about her experiences as a woman affected by cancer today in light of International women’s day.

Here is Willo to introduce her writing:

“How anyone is affected by a cancer diagnosis can depend on all sorts of issues apart from the seriousness or how advanced the cancer is. I tackled head-on my first three brushes with cancer (during my second encounter, a friend actually said that she thought the recurrence of my cancer had been a positive thing, as it prompted me to walk away from an oppressive marriage!). However, I was devastated when I developed secondaries, which I thought at the time was a death sentence - and by then I had met a wonderful man and faced the probability of a beautiful relationship being cruelly cut short, but all these years later I am still here.”

‘The big day of the interview arrived. I was nervous but felt good and had a newly found air of confidence in myself as a woman (if not in my potential as a mature student) – the four weeks in the Spanish sunshine in the company of my friends had given me the boost I needed. 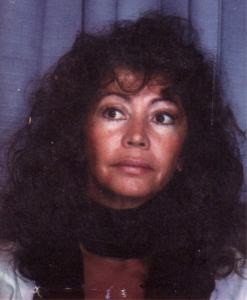 Still slim following my surgery, I was now bronzed and looked healthy in my polka dot skirt smooth and sleek over my hips, ending just above my knees, revealing two very brown legs. I was 43 and doubted that anyone would realise what lay beneath that fabric – stretched taught across my belly.

“I was 43 and doubted that anyone would realise what lay beneath that fabric stretched taught across my belly.”

It was a warm day and I carried my heavy portfolio from Liverpool Central Station, up Ranelagh Street and under Jacob Epstein’s statue exceedingly bare (as noted by the songwriter Peter McGovern) on Lewis’s department store.

“It was a warm day and I carried by heavy portfolio from Liverpool Central Station.”

The perspiration glistened on my chest and my cheeks were now pink on brown. Other prospective students had congregated and after a while we were split into two groups, I was in Group A and was directed with the other A’s to pin up our work in the allocated room. The tutor on the selection committee drifted in and lingered by my work.

I could tell he liked it and potentially I stood a good chance of being accepted onto the course. The tutor drifted out again and I waited with the others. Some time passed before someone else entered and said there had been a mistake and some of us were to join Group B instead. We, the selected few, had to pull down our work and pin it up in the adjoining room.

"The tutor on the selection committee drifted in and lingered by my work. I could tell he liked it and potentially I stood a good chance of being accepted onto the course.”

We discovered that different room meant different selection committee, consisting of one tutor and one student representative. The student rep was perhaps 18 or 19, brimming with self-importance, the complete antithesis of me at that age.

She took an obvious dislike to me. They looked at my work on the wall and I knew from their body language that I was doomed even before they started talking to me. All my hopes and 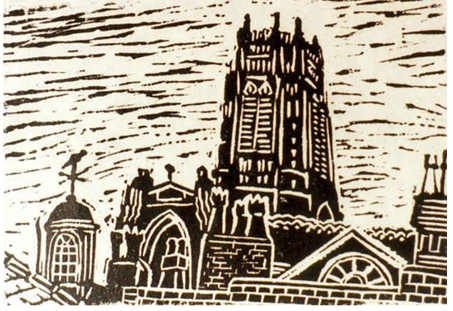 aspirations were dashed. The tutor launched a scathing attack at my work, but that was nothing compared to the student.

Neither adjudicator was interested in seeing photographs of the artwork I had sold. In their own words my work was “too graphic” for Fine Art. Unanimously they suggested I reapply to do the foundation course or graphics. I was flabbergasted; I’d done a foundation course in the 60s, followed by two years on the Intermediate course, and then worked in graphic design till after I married.

“Having been through recurring cancer, time was not on my side – why on earth were they telling me to do a foundation course.”

More recently I taught art up to ‘O’ level in a secondary school, illustrated for the Zambian National Correspondence College, designed stands for international trade fairs and for many years been selling my work, not least commissioned pieces for the Zambian president. It was all in my CV, so obviously they hadn’t read it.

Having been through recurring cancer, time was not on my side – why on earth were they telling me to do a foundation course – or apply next year for Graphic Design. Wasn’t that notoriously geared up the younger end of the job market?

“Fighting back the tears I decided I hadn’t been spared death by cancer just to go home a broken woman.”

I left the room bruised and battered, fighting back the tears I decided I hadn’t been spared death by cancer just to go home a broken woman.

Hadn’t I proved just how gutsy I could be? In Africa I had encountered all kinds of dangerous situations, not least narrowly missing being blown up by a bomb in 1981 when visiting Salisbury (now Harare). Fortunately, I had just entered a department store and suffered no more than some bruising and a certain amount of shock when I was blown off my feet.

I would go and look at the Graphics Department, I would find someone to take me, re-educate me and enable me to make a living for myself back in my native land.

“The gauntlet was thrown and I was determined to accept the challenge.”

Reaching the foot of the stairs I looked up to the notice on the wall, Graphics 2nd Floor. Out of the corner of my left eye I was aware of two figures rounding the first landing and descending the stairs towards me. Anticipating my destination a voice said, “You’ll need oxygen by the time you reach the top!”

I turned to look at the two men, one middle-aged, tall and thin and the other one older, shorter and stocky. Both wore beards and had piercing blue eyes, but surprisingly (for an art school) smartly dressed with ties.

“Not for one moment did it occur to me that I had just met the love of my life, the man I had been waiting for all those years”

I fluttered my then long eyelashes, and replied, “Well one of you will just have to give me the kiss of life,” as I tossed my mane of hair to one side in the manner of Miss Piggy and marched right past them, anticipating the reaction. Giggling like two teenagers, they were still buzzing as they disappeared and I continued up the stairs, momentarily lifted from my gloom.

Not for one moment did it occur to me that I had just met the love of my life, the man I had been waiting for all those years, the one I never dreamed would come along; all hope abandoned.’

When you talking about your confidence as a women Willo, you mentioned you doubted that anyone would realise what lay beneath the fabric of your top, how have you found being a woman living with a stoma?

‘Living with a stoma is quite devastating for man, woman or child and carries a huge amount of stigma. Through no fault of their own the ostomate becomes the target of many jokes. One example was a journalist who wrote an article about the tiny space in a cubicle of the ladies’ toilet of a particular restaurant she had visited, but couldn’t resist making a gratuitous remark about it being designed for someone with a colostomy! Adults quickly become inured to the insensitive jokes, but I fear this isn’t the case for children.

You touch on the fact you weren’t very confident as a teenager in your blog - do you feel your confidence as a woman has grown with age?

‘Being taught from an early age that “children should be seen and not heard”, I was very unsure of myself and would only speak out in defence of someone else. I was bullied at school and when I first arrived at Art College when I was 15, one of the tutors poked fun at my Lancashire accent in front of the whole class and after that I hardly uttered a word. My first ex-husband was very controlling and my second one very possessive. Yes my confidence grew with age and experience, but mainly I felt a freedom I hadn’t previously known. My cancer journey hadn’t been entirely negative and at that time I felt stronger for having been through it and come out the other side. My sons and friends didn’t allow me to feel sorry for myself!’

From your writing it’s clear you’ve been through a lot, do you feel your diagnosis affected your career or changed your career goals?

‘I was hesitant about making future plans, as having recurring cancer makes you realise you have to live for today. I just needed to support my boys and myself and thought the best way to do that would be through my art - and waiting a year to start on a course seemed a waste of time I might not have.’

Today we are celebrating the achievements of all women, as an artist do you think being a woman affects your work?

‘Historically, women artists were always overshadowed by their male counterparts, but things are improving. Most artists need an alternative income and I have had all sorts of jobs in my working life. I only made a reasonable living from my art when I lived in Zambia. My last proper job before reaching retirement age was in a local factory working as a sculptor/toolmaker, two days a week.’