The planning scan for my radiotherapy treatment is done, thankfully.

The session involved me having to clamber onto a metal (and surprisingly narrow) ‘bed’, covered in the customary paper sheet.

This bed then has to be specially calibrated to accommodate the size of a person’s butt and their neck length.

It was quite strange lying down and having the various bits moved around manually underneath me, then screwed into place.

It was a bit like being on a giant roller skate!

Next a firm, foam wedge was put under my knees, so that my legs would be slightly bent.

Honestly, I do wonder why people don’t normally (as far as I know) sleep in this manner.

It is curiously easier to relax when in this position, instead of lying stretched out flat.

Also it felt more like a cheerful pose for a holiday on a beach and less like I was ready for my own cremation.

(I know that is a terrible, terrible thing to think/write – I am sorry - but I was searching for positive thoughts to cancel out the negative ones in difficult circumstances.)

Unfortunately, I was not allowed to take off my mask.

So I definitely regretted not having done any of my breathing rehearsals with a mask on.

This was a new obstacle that I had not foreseen and there was obviously no time to do a proper practice.

The good news is that when holding my breath, I was at least able to do my shameful puffer-fish face underneath the mask without anyone else having to be aware of it. 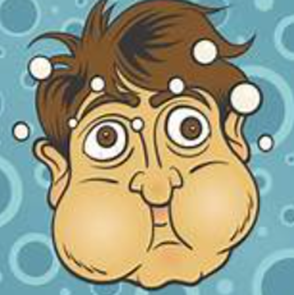 The actual being-in-the-machine part was quite bearable.

It wasn’t too noisy: it was perhaps about as loud and bright as a photocopier.

Anyway, it shuddered back and forth, but gently and almost excitingly.

It reminded me of being on a (smooth) ghost train at the funfair, when the operators are testing the brakes and possibly working out what sort of characters they have on board.

I can’t actually comment on much else as I kept my eyes closed and my mind (mostly) closed as well.

A small box had been put on my stomach.

This was to take recordings of my normal breathing patterns, and then the ones when I was holding my breath.

I guess it must have been taped there, but I didn’t want to look at that either.

So presumably this box is not unlike the black box that aeroplanes have to record flight data, in case of a crash.

That was both reassuring and not.

It was at least nice to hear that I did well with my breath-holding.

I felt that this was a milestone achievement for me.

The staff were kind and professional.

Sadly, I did not react so well to the tattoo part of this process.

I knew that there would be three of them, in a triangle, and that they would be dark and look like freckles.

I hadn’t been worried about this aspect at all.

In fact beforehand, I had indulged in the fantasy that these could maybe, one day, be the first three strokes of a beautiful and much larger piece of body artwork.

I would like to say right now that I will never, ever, ever have a tattoo.

That’s it, as far as I am concerned.

As the marks were to be only tiny, I assumed that they would only require a quick dab of a paintbrush with permanent ink.

I’m afraid to say that whatever instrument they used did not have any paintbrush qualities at all.

There may have been a sort of marker pen involved first, but then there was also a stabbing implement too.

And that felt like a compass from a maths set.

It was not good; I was not brave.

I was like a water bed that had been poked but with a very fine pin: I could not cry deeply and luxuriously, just drip slowly and endlessly.

Here I need to find something to add that is more joyful, I know.

Okay, I should mention that the marker pen had a pleasant smell.

It smelt brand new and efficient.

Until today I did not know that tattoos, even tiny ones, are excruciatingly painful.

I am not going to bother asking if my tattoos are permanent because, as far as I am concerned, they are.

I won’t be wanting any top-up engravings, thank you.

Still, I think that anyone who has managed to get tattoos, a complete illustration no less, should be able to add this with pride to their CV.

Because I truly believe that they must have incredible self-control.

And, quite literally, a profound love of art. 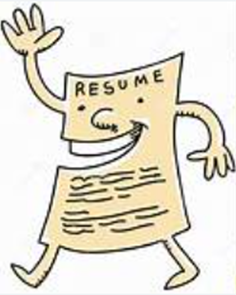