Cancer Blogs
A booby is a seabird with blue feet Drain, drain, go away! (And don't come back another day, please!)

Drain, drain, go away! (And don't come back another day, please!)

After my left breast had been removed, the space converted itself into a neat but slightly squishy cushion. So when the nurse announced that she was definitely planning to remove the drain, I was worried that there might be a mini flood. For 5 days, the sports bottle-shaped drain had steadily been filling with over 300 millilitres of liquid (though the rate of it had slowed significantly).

Apparently, the risk of any gush was extremely low. In any case, the drain had already been in place for 5 days, and the rule is that one must not be left in longer. To be fair, I wanted to be rid of the disgusting bottle and tube. Yet it still felt like a not-so-great idea.

The end of the tube had been inserted into my side much like a socket into a wall, then stitched there. When I was told to take a very deep breath and to count backwards from ten, I was braced for something like childbirth. You may be relieved to hear that I only got as far as eight, and it wasn’t painful or even particularly uncomfortable.

But with the tube no longer in its hole (i.e. my side), the liquid started to pour freely, I’m afraid. It was not unlike taking a finger out of a hole in a dam, I suppose. All that backed up water suddenly burst forth (though, thankfully, of course, without destroying my side in the process). My bedding was soaked, as was the huge towel that was hurriedly reached for.

Hopefully, I may never have to have a drain again. I just wanted to share this information so that anyone else who has a drain removal ahead of them might be better prepared, that’s all. It’s much easier to put a towel on a bed then lie on it, than to try and locate one mid-flow. 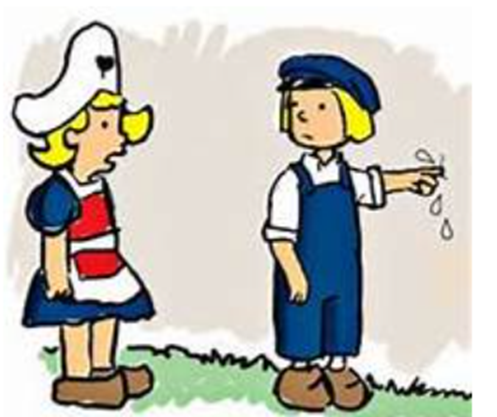 The support-socks are gone too. I wish that I had known to expect having to wear those, and that this would be necessary for up to 5 days (if not longer). I would have bought at least a spare pair or two, so that I might then have had been sure of having the right sort, the right size and the right way of putting (then keeping) them on. Well, that ordeal is over now anyway. Good.