Before radiotherapy, I’m getting some proper breathing practice in.

And I’m trying to improve my technique with one ( rather stiff) arm held above my head, as I’ll be expected to do this in the machine as well.

For the past few days, I have looked for inspiration from YouTube videos on how different experts manage to hold their breath, including ones of professional deep divers.

So far, my favourite is of Stig Pryds, a Danish record-holding free diver.

At the start of one of his videos, he is standing at the bottom of a very deep swimming pool.

A pool that is so deep, it’s hard to imagine it’s completely legal.

Though maybe it was originally a pool designed for sharks, not humans: I don’t know?

Anyway, this pool is basically a multi-level submerged building.

The sort of place most people would only ever get to experience in a video game or in their dreams/nightmares.

In the video, very calmly and slowly, Stig moves from the bottom of the first water-filled room to a second, spookier one.

This leads to an even deeper area: a pit!

The pit is cylinder-shaped like a terrible, industrial-sized drain.

Running down the inside, there is a rope (and metal ladder).

(I guess the ladder might be useful when the place is free of water and needs to be cleaned.)

Briefly, the champion free diver peers over the edge of this pit - before taking a small (yet huge) step forwards!

Then he simply allows himself to sink to the bottom of it, rather like a bucket disappearing down a well!

To be honest, it’s not exactly relaxing watching a person do such activities.

Putting it mildly, he is in a potentially life-threateningly dangerous and desperately lonely situation.

If I were there, I would be terrified of sighing or gasping or doing some good old-fashioned breathing.

But major trouble sets in when a person fails to control the ‘deep dive reflex’, where their body starts to spasm uncontrollably due to a lack of oxygen.

Every now and then Stig closes his eyes, perhaps to manage any pain better – and this seems to be effective for him.

(Screaming for help is definitely not going to lead to rescue, so his options are quite limited.)

I suppose he is busy meditating or a tiny bit ‘asleep’?

I imagine that Stig will now be brilliantly prepared for surviving a wide variety of truly awful, ‘boxed-in’ scenarios.

At the very least he should survive for far longer and more happily than the average person.

For example, if he were stuck in a lift, which is rapidly running out of air, he should have some excellent coping strategies.

Or if he were in a submarine that develops an inconvenient hole.

Or an underground cave during an unexpected flood.

Or a radiotherapy machine.

So, breath-holding might be considered a valuable transferrable skill indeed.

In his commentary for the video, Stig makes an interesting point: “The faith bit is not so much in the leaping, it’s in the landing”.

That’s a really wise perspective on challenges in general, I think.

He is focussed on being successful and completing his mission, not merely on being brave for starting it.

Once his mission is done, Stig zooms up to the surface of the pool; nice and quickly, like Superman!

He has such a talent! 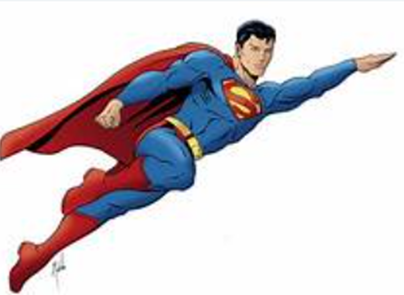 Okay, this means I am going to have to work harder on not wanting to talk so much (or let’s be honest, at all) and on not hoping for company during the actual treatment either.

I will need to have faith in the radiotherapy machine, the radiologists, my new breathing method and a safe landing.